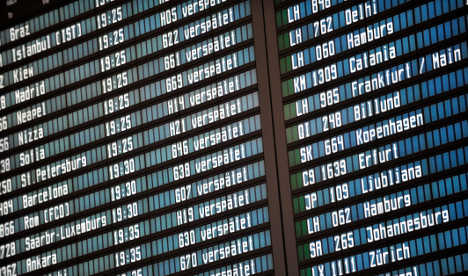 Some 120 plane maintenance workers walked off their jobs early in the morning at the Munich Airport, forcing the cancellation of five flights before 6 am. The strike was set to last until noon, and it was not clear how many other flights would be affected.

In Nuremberg about 150 airport maintenance and ground personnel staged a strike between 6 and 8 am, Verdi said.

The strikes are meant to pressure employers to give in to Verdi’s demands for a five percent wage increase for public sector workers across the country. But states and cities have said the demands are unrealistic given the meagre state of local budgets following the economic crisis last year.

The union has called on workers from all branches to strike across the country, affecting hospitals, child care centres, road maintenance, rubbish collection and public transportation.

In recent weeks negotiations with employers have failed, but new talks are scheduled for Wednesday in Potsdam. Verdi has promised there will be no strikes during the negotiations.