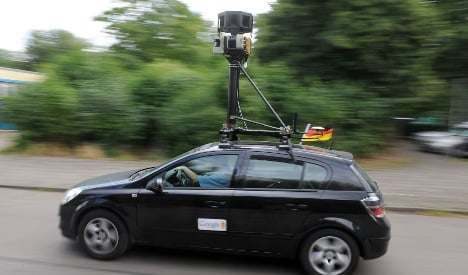 Aigner told Focus magazine she was talking to the Interior Ministry about legal options to force Google to actively get people’s consent, rather than waiting for people to object to their image being held by the company – effectively reversing the burden of responsibility.

Google Street View, which is already available for large parts of the United States, Australia and Japan, publishes panoramic images of cities and towns from street level, so that visitors to the internet site can have a virtual tour of the city. The images are captured by cameras mounted on cars that drive around the city.

But the service has met fierce data privacy objections in Germany. Google has already agreed to blur faces and car licence plate numbers before it posts the images on the internet site.

But people have to tell the company if they want identifying features blurred on the raw images held by the company itself.

Aigner said the government was “examining legal steps and possible legislative changes” to force Google to seek consent even for these raw images, rather than wait for people to object.

Google has also come under criticism lately from Justice Minister Sabine Leutheusser-Schnarrenberger over privacy concerns about its Google Earth site, which has detailed photos from a bird’s eye perspective.

Google has hit back, saying it has already spent a year taking pictures in accordance with the stipulations made by data protection authorities in Germany. Spokeswoman Lena Wagner said “several hundred” applications had been made to have identifying features blurred on the raw images.

She said Google planned to start putting its Germany street view online in the final third of this year. Smaller communities were yet to be photographed but these pictures would be taken when the weather cleared up, probably in March.