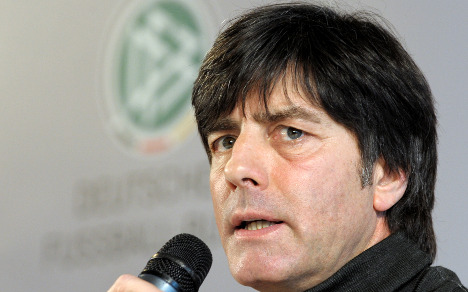 The extension of Löw’s contract, which is set to expire after June’s World Cup, had been declared a formality by both parties late last year before last Thursday’s surprise announcement that negotiations had been postponed.

But Zwanziger, the president of the German Football Federation (DFB), has made it clear he wants to keep Löw in charge after the World Cup and into the qualifiers for Euro 2012, the draw for which will be made in Warsaw on Sunday.

“I want to keep him on,” Zwanziger told daily Süddeutsche Zeitung.

“I will speak to Löw whether we have a successful World Cup campaign or not, he would always be my first point of contact.”

Löw is set to discover on Sunday who his side will need to beat to qualify for Euro 2012, which will be held in Poland and the Ukraine, but his main concern is with the World Cup finals in South Africa.

Löw’s coaching team, which includes team manager Oliver Bierhoff, are all chasing contract extensions, but Zwanziger says the fact the matter will be unresolved before Germany bid to win their fourth world title is irrelevant.

“The nation’s World Cup fate does not depend on whether the coach of the national team’s contract is running out going into the tournament,” said Zwanziger.

The DFB president revealed the negotiations had broken down because Bierhoff wanted both more money and influence over the way the federation is run.

“That was not feasible, I would have had to submit several proposals to change the federation’s constitution,” said Zwanziger.

“This extensive expansion of the constitution could not be merged with the DFB’s principals.

“The national team as a corporation with the DFB as an advisory council – that idea doesn’t work.”

Zwanziger said he will speak to Löw and Bierhoff in Warsaw this weekend as the DFB representatives attend the Euro 2012 draw and sees the issue being resolved amicably.

“I do not see that (the negotiation breakdown) as a breach of trust,” he said.

“We are friends, not enemies. We are working towards a common goal.”