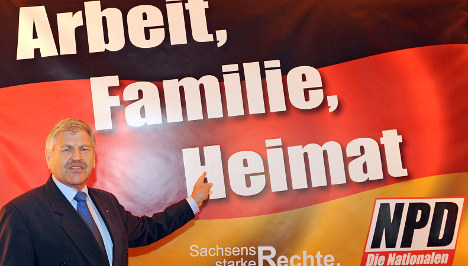 The department therefore found no basis on which to ban the disc, the report quoted director Elke Monsen-Engberding as saying.

The NPD is Germany’s leading far-right party. It promotes an anti-immigrant agenda and is considered by the country’s domestic intelligence agency to be a threat to the constitution.

The party could “continue to try to transmit its ideas to young people, school children and first-time voters”, NPD member Claus Cremer said.

According to the NPD, the original demand to ban distribution of the CD came from the north-east state of Lower Saxony.