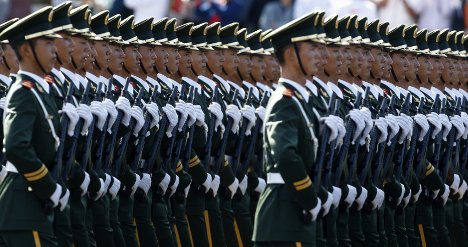 The 46-year-old gathering in Germany from Friday to Sunday of top military brass, diplomats and politicians has its roots in the Cold War and has traditionally stuck to areas of common interest to Washington and Europe.

But mirroring the fact that many of the 21st century’s security challenges are now global in nature, from terrorism to the nuclear programmes of Iran and North Korea to Afghanistan, the conference is widening its scope.

Others include Afghan President Hamid Karzai, UN Secretary General Ban Ki-moon and Russian Foreign Minister Sergei Lavrov. It was unclear, however, if Iranian officials would attend as in previous years.

“We can only answer today’s security questions if we are ready to think globally,” said Wolfgang Ischinger, the veteran German diplomat who organises Munich. “And that means involving Asia.”

US President Barack Obama is counting on fellow UN Security Council member China on a whole range of security issues, most notably to back his efforts in pressing North Korea and Iran over their nuclear ambitions.

But with Washington and Beijing already failing to see eye to eye in several areas, relations took a turn for the worse this week as China threatened diplomatic reprisals over US arms sales to Taiwan.

Moreover, relations with China are not the only foreign policy area where things are failing to match up to Obama’s rhetoric, a year after Vice President Joe Biden used Munich to promise a “new tone.”

Topping the list are Obama’s vision for a world free of nuclear weapons, the bogged-down Afghanistan mission, stalled efforts to reach out to Iran and the spluttering Middle East peace process.

Russia, another veto-holder on the Security Council, is also key to Obama’s ambitions, and here too the reality is not as rosy as was hoped when Biden vowed in Munich to “reset the button” in relations with Moscow.

Moscow and Washington are yet to agree on a replacement to the 1991 Strategic Arms Reduction Treaty (START) which expired in December, ahead of a review conference on the Nuclear Non-Proliferation Treaty (NPT) in May.

The Kremlin is still sceptical about Obama’s plans for a missile defence shield to intercept Iranian rockets, parts of which would be in Europe, even though the project has been substantially watered down.

The US administration is reportedly placing specialised ships with missile-targeting capabilities off Iran’s coast, and anti-missile systems in at least four Gulf states – Bahrain, Kuwait, Qatar and the United Arab Emirates.

The eastwards expansion of NATO has also stuck in Moscow’s throat, and the military alliance’s future is set to be on the agenda, particularly with regard to Afghanistan after last week’s crunch London conference on the mission.

“After a year of great visions, pressure is now growing that these big words, these very beautiful and important words, be followed by deeds,” Ischinger said.