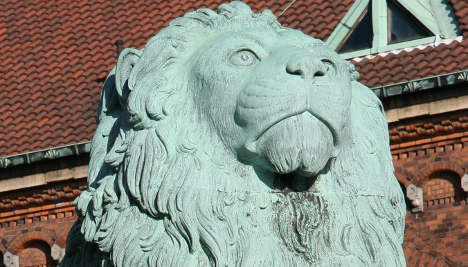 The Idstedt Lion will return to its rightful place before the end of this year, Danish tourism officials announced this week. Currently the statue stands in the courtyard of Copenhagen’s arsenal.

The monument recalls the victory of the Danish army over Schleswig-Holstein troops in the Battle of Idstedt (Isted in Danish) on July 25, 1850. As a result, Flensburg continued to belong to Denmark. Created by the sculptor H.W Bissen in 1862, the bronze lion was displayed by the Danes in the city’s old cemetery as a symbol of their triumph. The lion gazed south in the direction of the enemy, Prussia.

But two years later the Prussians returned with more soldiers, defeated Denmark and occupied Schleswig-Holstein and Northern Schleswig. The lion was stolen and it graced the courtyard of a Berlin barracks until 1945. Then the bronze colossus was returned once more to Denmark.

Last year, the Flensburg city council officially called on its Danish neighbours to bring the monument back to its original location. The Danes agreed and have said they will even restore the sculpture before returning it.