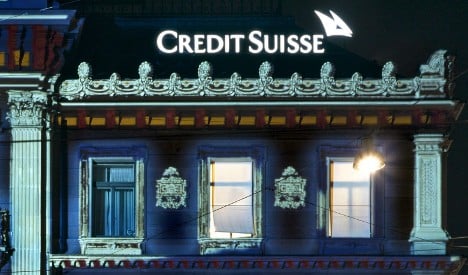 This week Berlin said it would pay for data on some 1,500 suspected tax dodgers with funds stashed in Swiss accounts, dismissing criticism aside that the allegedly stolen material would not stand up in court.

Initially experts said the informant’s information would lead to some €100 million in recovered tax money for the country, but daily Süddeutsche Zeitung reported that the actual sums could reach upwards of €400 million and are located mainly at the Credit Suisse bank.

Government sources told the paper that the situation was the largest tax evasion discovery in German history.

Internal Credit Suisse documents in the paper’s possession reportedly said that the bank has “historically” dealt with German customers who have not taxed all or some of their savings. These customers want bank contact “only seldomly” due to “danger of discovery” and value “discretion and bank secrecy” above all, the documents said.

A Credit Suisse spokesperson told the paper that the bank could not comment on the origin of these documents, but said that the bank did not build its business model based on tax rules.

“If new or current customers tell a banker they have untaxed money, then the banker recommends that the customer consult with an independent tax advisor,” the spokesperson told the paper. “As a bank we have neither the possibility nor the duty to know the tax situation of our customers.”