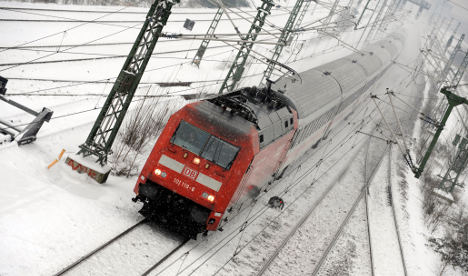 At 6:20 am on Tuesday, a Deutsche Bahn employee discovered a stark naked man sleeping inside a train parked at the Mönchengladbach main station, according to a police statement. Police woke the uninhibited local 32-year-old, who had carefully folded his clothing beside his makeshift bed, and asked him to get dressed.

The man was unable to explain how the nude nap began, saying he couldn’t remember the events of the night before. The report said he had apparently been under the influence of alcohol. Because there were no other passengers on the train at the time, the officers let the man go after a brief lecture, they said.

Later on the same day, two officers happened upon a naked Dutchman sitting cross-legged on the floor of a high-speed ICE train travelling from Essen to Bochum, the police reported on Wednesday.

The 31-year-old, who lives in Kassel, may have thought clothing was optional, but police told him his train ticket was not. After he complied with their requests to get dressed, officers led the highly-intoxicated man off the train, where he was charged with exhibitionism and dodging train fare.