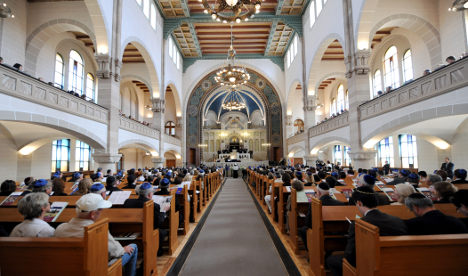 “I am very happy that we can now experience the renaissance that we’ve been talking about for so many years,” council President Charlotte Knobloch told daily Neue Osnabrücker Zeitung.

Since the end of the Second World War 107 Jewish congregations have developed with a total of 106,000 members, the paper reported.

“Twenty years ago we referred to 30,000 as a lot,” the 77-year-old said ahead opening a new synagogue and community centre in Osnabrück on Wednesday.

Jews in Germany no longer sit on what Knobloch called “packed suitcases.” Instead they have become a part of German society and want to participate in its future, she said.

Knobloch also called for stronger action against racism and anti-Semitism in Germany, saying she was concerned by the high incidence of anti-Semitic attacks in parts of the country.