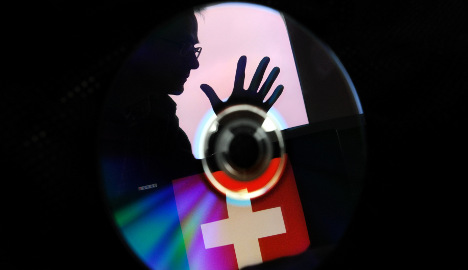 Should the state pay for illegally obtained data if it can be used to claw back hefty sum of tax money? It might be the pragmatic thing to do, but that doesn’t make it the moral path to take.

Anyone who engages in tax evasion harms society. The state must not tolerate such behaviour, which is why German Finance Minister Wolfgang Schäuble is planning to buy stolen information on tax dodgers who have hidden their money illegally in Switzerland.

Society must protect itself against harm. That is indisputable. Otherwise its very existence would be in doubt. This is, for instance, why we have the police.

But how far does this need for protection go?

Denunciation of criminal acts – universally defined and declared – is a traditional role for authorities, along with knowing when the law is being violated and, equally, promoting people’s willingness to report crimes by offering incentives. Rewards are regularly offered for “helpful information” to help solve crimes.

Germany’s railway operator, for example, pays people up to €600 for reporting vandals caught spraying graffiti. Thus they try to avert harm from that otherwise would affect everybody.

In times past, it was called a bounty put on someone’s head to encourage others to deliver the offender to justice. Dead or alive, as the saying went back then.

Things are different today, yet such a reward from Deutsche Bahn for a vandal, or from the German state for a tax dodger, still exposes the same problem as it did back in the Wild West: It tries to enforce justice in a region where the sheriff or finance minister otherwise cannot. It is a stop-gap measure and therefore an indication of a deeper flaw.

Given Switzerland bucks and stonewalls as much as it can whenever the subject turns to the money in its banks, German authorities are left with the difficult task of pursuing tax dodgers.

Tough luck, one might say. But it’s not enough to say Switzerland regards itself as a democratic country just like Germany. That would fail to appreciate the fact that the country resists the widespread notion that paying taxes is an unavoidable civic duty. It must therefore be the German government’s goal to persuade Switzerland to co-operate – this is happening and already showing results.

To then buy incriminating information regardless, because the profit ratio is so attractive to the taxman (paying €2.5 million in bounty to get €100 million in taxes back), appears to be nothing more than a bounty. It also creates the appearance that a recent agreement on preventing tax evasion, reached with the help of the OECD, isn’t working.

But most important is the unsettling fact that the relevant evidence in this case was stolen and is supposed to be rewarded with a considerable sum of money.

Is the German government now going to establish a pension fund for Swiss bankers? When the bankers are fed up with managing the money of criminals they can simply sell their customers’ information to the relevant authorities. It would have been more ethical had these bankers openly refused to deal with illegal money in years past. But they failed to do this and they are now being rewarded to boot.

According to the philosopher Immanuel Kant, pragmatic acts have nothing to do with morality. Indeed they are the opposite. Every action should also function as a universal principle.

We would reward an honest person for finding and handing in a wallet. But a thief who remorsefully returns a wallet at best has his sentence reduced. The witness – if he is lucky – goes away as he came, no richer than he was before.

Certainly, the tax authorities should accept the data gratefully and use it if they get their hands on it. Yet even that is not completely above board. German law has no problem with such “fruits of the forbidden tree” as the justice system in the United States does. In that country, illegally obtained evidence cannot be used in court. Not so here.

At least the German government didn’t steal the information itself or obtained via torture or blackmail.

But that still doesn’t mean the tax authorities should make the bearer of this immoral package rich either.