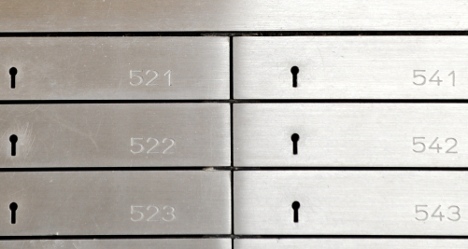 Robin Hood was a crook. But even today he remains a role model, a warrior for social equality. He took from the rich and gave to the poor – he was robbing for a higher purpose.

Is the information thief currently trying to sell the German Finance Ministry bank information on 1,500 tax dodgers a modern-day imitation of the mythical figure from Nottingham Forest? Somebody who’s helping the government reclaim money the rich have tried to keep from the common coffers? Certainly not – he’s not acting out of philanthropy. He’s acting out of greed – he wants €2.5 million for his CD of information.

But it’s still morally justifiable that the federal government quickly agreed to the deal. Even if the Swiss bank data was acquired illegally and German tax authorities became guilty of fencing ill-gotten gains: the uncomfortable transaction will help resolve serious misdeeds – on several levels.

Tax evasion is a crime against society. Anyone who hides their money in a foreign bank account keeps money away from the government that it now desperately needs to build streets, schools and theatres and fund teachers or even save troubled banks. These are all things from which tax thieves – usually among society’s most wealthy – profit.

So it’s right that government authorities do all they can to go after such socially irresponsible citizens when they receive tips. But that is rarely the case – as can be seen in this latest episode in Switzerland. The small Alpine country – as do all tax havens – supports the illegal activities of the tax dodgers with its holy bank secrecy laws. These help the Swiss commit and cover up a crimes committed elsewhere – for example, in Germany.

Buying illegally collected information has to be weighed against the massive affront to the principle of social equality – that everyone should contribute to the common good as best they are able. The choice is easy. Exposing massive tax evasion far outweighs the reward for the thief – and not just financially, but even morally.

The government does the same thing in other cases – it offers a reward for information about criminals even if the tip comes from shady sources. It offers key witnesses a reduced sentence or even amnesty – even in the most heinous of crimes. It even does undercover investigations if it’s the only way to prevent or solve a crime.

And what would happen if Finance Minister Wolfgang Schäuble turned down the offer? Wouldn’t he then – figuratively – be guilty of tax evasion himself because he left the well-heeled owners of Swiss bank accounts untouched? Wouldn’t that have only underlined the impression that the Chancellor Angela Merkel’s centre-right coalition only serves its own clientele when the going gets tough?

This is why the federal government didn’t hesitate in reaching an answer. Chancellor Merkel, who called Schäuble and pushed him to say ‘yes’, wasn’t interested in adding to a debate about the protection of tax evaders like former Deutsche Post CEO Klaus Zumwinkel to the coalition’s already mounting problems.

After all, the purchase of a CD with information about German customers of Liechtenstein’s LTG Bank two years ago, which cost Zumwinkel his job, showed that just the possibility that such a list could appear can bring wealthy tax dodgers to their senses. Out of fear of potential punishment (don’t forget you can get up to 10 years in Germany for severe offenses), many people are now turning themselves in and bringing money back home. If you don’t out yourself, you should expect a tough sentence.

It also increases the pressure on Switzerland to finally jettison its systematic protection of tax evaders. The United States is acting as a good example – they’re threatening to close UBS, a major Swiss bank, in America if the government in Bern doesn’t pony up reams of information on US tax dodgers. And the pressure is working. Switzerland is now a lot more cooperative than it was just years ago. It’s the same for other tax havens.

Unlike his predecessor Peer Steinbrück, Wolfgang Schäuble doesn’t have to mount up and charge into Switzerland with the cavalry. But playing Robin Hood a tiny bit won’t simply pour €100 million or so into the Finance Ministry’s empty coffers. It will also show Switzerland that the booming business with foreign tax evaders can no longer rely on the country’s bank secrecy laws. And neither can the country’s German customers.

The walls of Swiss banks are becoming transparent, with the help of even shrewd data thieves. Honest taxpayers and those at the bottom end of the society can be grateful – the state doesn’t only react to welfare benefit fraud by investigating recipients in government housing. It also peers into the nation’s mansions.