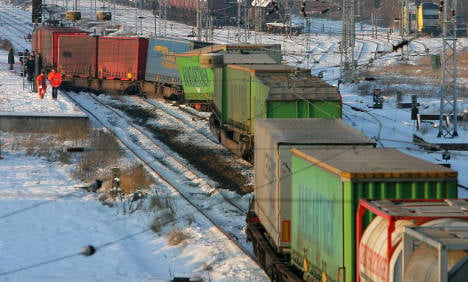 National rail operator Deutsche Bahn said the 600-metre-long train was on its way from Magdeburg to Braunschweig when two empty cars lost contact with the rails, damaging the tracks. No one was injured in the accident, police said, adding that they suspected no foul play.

Tracks running on the line running east to west will be closed for cleanup and passengers should expect delays, Deutsche Bahn said. The company has provided busses to transport customers between Braunschweig and Helmstedt. Meanwhile InterCity trains between Leipzig and Hannover will be rerouted, though passengers should expect to add an extra 45 minutes to their journey.

Accident investigators are working to determine how three axles from the train cars could have jumped off the tracks.

The freight train derailment is the fifth since 2010 began.