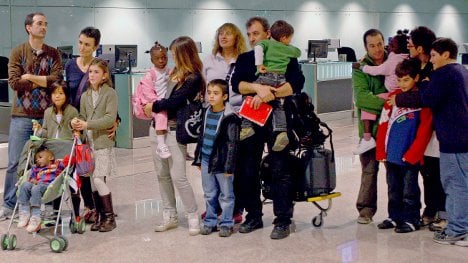 The group arrived at the Frankfurt Airport on Thursday and were greeted by their new adoptive families, Koblenz-based daily Rhein Zeitung reported on Friday.

But six children had to be taken to a nearby hospital immediately, the paper said.

“They were weakened and dehydrated due to the results of the earthquake,” head of the adoption agency Help a Child, Bea Garnier-Merz, told the paper. “But considering the circumstances, all of the other children are doing quite well.”

Help a Child had already been working with German families to adopt the children before the earthquake, but the process was sped up after the disaster to bring the children to safety as soon as possible.