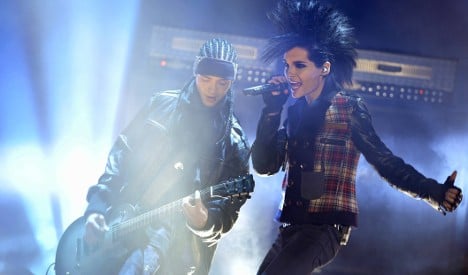 The 20-year-old from Magdeburg told celebrity magazine Gala that though he was considering working on musical projects by himself, Tokio Hotel would never break up.

“I can very well see us starting our own projects,” he said. “And there will certainly be periods were we take longer breaks. But the end of Tokio Hotel? Never!”

When asked by Gala whether recent changes to his signature look were an attempt to shake off his teenie idol image, Kaulitz replied he was simply growing up.

“We’re getting older and are developing,” he said. “The fact is, I always try to do what makes me happy. My look has become more extreme over the years.”

Kaulitz appeared on stage for a performance of a different kind earlier this month, walking a Milan fashion show runway clad in black leather, chain link jewellery and feathers.