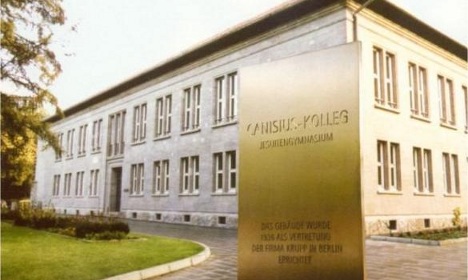 His letter was sent to some 600 former students at Canisius College who may have been victims of at least two priests on staff, Father Klaus Mertes told daily Berliner Morgenpost on Thursday.

“With deep shock and shame, I have learned of these horrific, not only isolated, but systematic violations that went on for years,” wrote Mertes, who has been headmaster of the central Berlin school for 10 years.

The headmaster said he did not know how many children might have been abused by the priests, who he said left the school in the 1980s.

“The weight of the incidents overwhelmed me,” he told the paper. “I have promised the victims full discretion. They are free to go to the public or the police.”

But so far no criminal complaints have been filed, the paper reported.

The Canisius College is one of just three private Jesuit schools in the country and has educated well-known economic and political leaders.

In recent years isolated reports of abuse surfaced, Mertes said. But after an internal document about the abuse was recently sent out, more former students came forward. Their stories convinced him that the abuse had taken place systematically over several years.

“I feel obligated to the students above all, and not as much to the reputation of the school or myself,” Mertes told the paper.