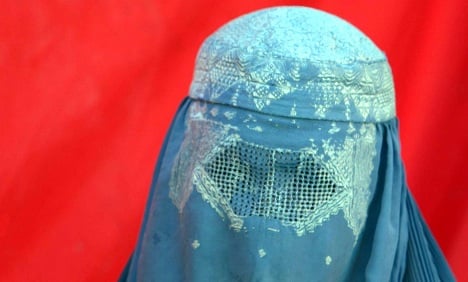 After a French parliamentary commission ruled this week that the enveloping garment worn by some Islamic women is unacceptable and recommended a ban in schools and public offices, former Social Democratic parliamentarian, Turkish-German Lale Akgün made as case for a similar ban in Germany.

“The burka is a full-body prison that deeply threatens human rights,”she told daily Frankfurter Rundschau. “It would be an important signal for Germany to ban the burka.”

A burka ban in German should include schools, universities, and high-security zones such as banks and airports, she said.

“We have a different understanding of freedom than the French,” he told the paper, adding that an enlightened Islam could not be forced.

Head of the parliamentary interior committee, conservative Christian Democrat Wolfgang Bosbach, told the paper that when the choice to wear a burka collides with other legally protected interests such as mandatory school attendance or Germany’s current ban on religious symbols in schools, then something must be done.

His party colleague Norbert Geis said politicians would have to review whether a burka ban in schools and universities would be constitutional.

Meanwhile the Free Democrats’ integration expert Hartfrid Wolff called the burka a particular form of discrimination that courts should not tolerate.

But environmentalist Green party leader Cem Özdemir said the debate overlooked the real conflict of integration, stressing that the number of women who wear burkas in Germany is low.

PARTNER CONTENT
One size does not fit all: How leadership has changed in the international age of Zoom
Url copied to clipboard!