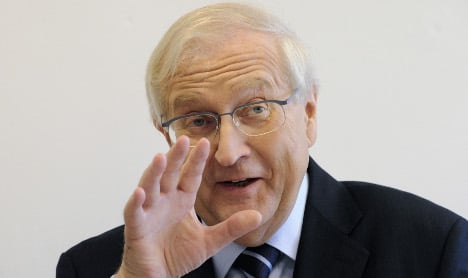 Brüderle said he was “cautiously optimistic” for the future economic prospects of Germany, which recently lost its crown as the world’s top exporter to China, but warned that uncertainty was still high.

“We have got past the trough, but the way back up will be slow and painful,” the minister added.

Last year, Europe’s largest economy suffered its worst slump since World War II, with a contraction in output of five percent. The country is also saddled with a mountain of debt and expects a record €85.8 billion ($120.7 billion) in new borrowing this year.

But forward-looking indicators recently have pointed to brighter times ahead, with the closely watched Ifo survey of business confidence rising for 10 consecutive months.

Exports, the backbone of the German economy, were expected to grow by 5.1 percent this year, according to the new projections, compared to a crisis-driven contraction of 14.7 percent in 2009. However, Brüderle cautioned that “the pre-crisis levels will not be reached this year.”

Unemployment was not expected to rise above the politically sensitive four million mark, Brüderle said, estimating an average of 3.77 million for 2010.

Despite the hike in the growth projection, Berlin is still more pessimistic than either the International Monetary Fund or the German central bank, which have forecast 1.5 percent and 1.6 percent respectively.

Jennifer McKeown, senior European economist at Capital Economics, was even more bullish, predicting: “With exports again performing much better than elsewhere, we see the German economy expanding by a solid two percent.”

But weighed down by the growing debt mountain, the tax cuts have proved politically tricky to push through, with Merkel’s own finance minister warning that the country will have to tighten its belt in 2011.

After much wrangling, a first €8.5-billion tax relief package eventually cleared its final legislative hurdle in late December. The coalition has promised a total of €24 billion by 2013.

Whether higher gas costs or forking out more for fruit at the supermarket, daily life in Germany is becoming increasingly expensive. This can be especially true for those who also need to cover the costs of their children and families.

But there are a number of tax benefits in the Bundesrepublik that help keep these fees down.

The Local spoke with Munich-based expat tax advisor Thomas Zitzelsberger about the top tax deductions for parents – including some which international residents in particular frequently overlook.

Imagine receiving money every month just for having a child or children. That’s exactly what Kindergeld (child benefits) is: since 2021, parents receive €219 per month for each child up to two kids, €225 for a third child and €250 for the fifth child.

Parents need to apply for this payment through their nearest Familienkasse, and can only retroactively claim the monthly payments stretching back six months.

“Expats tend to think for whatever reason that they’re not entitled to these benefits…and then they tend to be livid that you can only go back six months and everything is lost,” said Zitzelsberger. “It’s a shame really.” 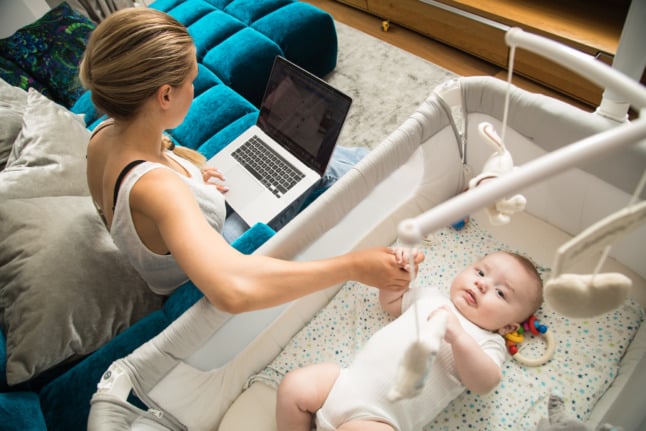 It’s best to apply for Kindergeld as soon as possible after a baby is born. Photo: picture alliance/dpa/dpa-tmn | Christin Klose

If you receive Kindergeld, you also claim a Kinderfreibetrag (child allowance), which guarantees that the parents’ income remains tax free up to a certain amount.

Unlike with Kindergeld, there’s no application involved – rather the Finanzamt inspects with the so-called Günstigerprüfung (cheaper check) whether an individual or married couple qualifies for a top-off to the Kindergeld they receive.

It does not matter to Germany’s tax office (Finanzamt) whether parents use a babysitter or nanny for a date night or because their Kita (day care) is closed, as long as the payment for the Betreuungskosten (childcare costs) is documented.

Parents can deduct up to two-thirds of their annual childcare expenses per child (up until the age of 14) per year, capped at €6,000. That means the most you can expect to deduct is €4,000 per kid annually.

Whether Kitas or high schools, the vast majority of schooling in Germany is free or heavily subsidised. But what about when you do pay private tuition fees out of pocket? In this case, you can claim up to 30 percent of tuition expenses, at a maximum of €5,000 per child per year.

Yet the Finanzamt strictly sees ‘tuition’ as fees that apply to schooling, not extracurricular activities. “If your child does music classes or football or whatever, that’s your private entertainment and there’s no deduction for that,” said Zitzelsberger.

READ ALSO: State by state: Why private school enrollment in Germany is growing

Referred to as Alleinerziehende (literally ‘those raising children alone’), there are about two million solo mamas and papas in Germany.

These expenses can be claimed as long as the Finanzamt sees them as “medically required,” said Zitzelsberger.

That does not apply to an over-the-counter tub of aspirin, for example. “However, if you have a doctor’s prescription that says this and this medication is required and your health insurance does not cover it in full, then you can make that claim,” he added.

But there’s a catch. While most other expenses come with the caveat of a maximum deduction, health expenses require a minimum deduction – or two to four percent of your income per year for all medical expenses for both the parent and their children.

A typical medical deduction Zitzelsberger frequently sees for children is dental work. Parents may opt for a special orthodontic treatment on top of the basic tariff that insurance already covers.

If this costs an extra €1,000, for example, parents can claim the deduction. 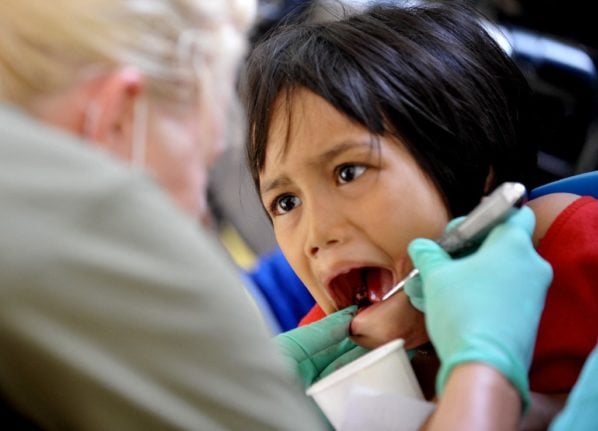 Parents can deduct some of the costs of a dental check up from their taxes. Photo by JAY DIRECTO / AFP

If a family receives a dream job or opportunity in Germany, and hops on a plane there before they can get rid of their old rental contract, this rent can count as a tax deduction, said Zitzelsberger.

Yet sometimes one family member moves to Germany while the rest stay behind – at least temporarily.

“It is relatively common for the first few months or it is common until the end of the school year and then the rest follows,” said Zittelberger.

To keep costs down, the Finanzamt allows these families to factor in the costs of accommodation for the family member who has moved, plus travel back and forth.

“One of the questions we get often is: what’s the limit on this?,”said Zittelberger. “There is no limit on travel expenses. But they can only travel back and forth once a week”

“Travel expenses” are then defined as anything involved with door to door travel, including the taxi to the airport.

The cost of accommodation in Germany can also be deducted, but capped at €1,000 per month.

If the partner staying back with the children is not working or has a low income in another EU country, their setup is treated with Ehegattensplitting – a mechanism for taxing married couples.

“They can claim all tax benefits that all resident German taxpayers would be entitled to even if they’ve never set foot in this country before.”

Yet starting from birth, parents can actually set up a savings account in their child’s name. Up to €10,000 of interest – for example that a stock portfolio their child is enrolled in generates – is then completely tax free.

“Many parents pay income tax on these investments every year which are really designed to eventually be given to the children when they’re adults,” said Zitzelsberger. “What you could do is give these investments directly to your children.”

READ ALSO: EXPLAINED: What you should know about investing in Germany

In the very best case scenario, said Zitzelsberger, this can add up to €180,000 of tax-free income by the time your child reaches their 18th birthday.