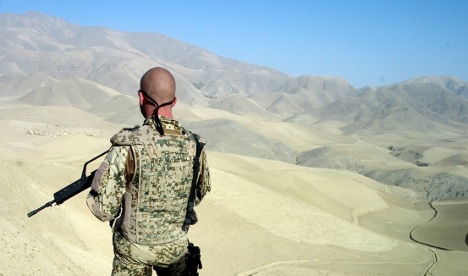 Ahead of a London conference on the strife-torn country’s future, Chancellor Angela Merkel on Tuesday announced that Germany planned to send 500 more troops, provide €50 million to an international fund to bring insurgents into the mainstream, and roughly double development aid to €430 million.

“It has been met with a lot of acceptance,” Westerwelle told public broadcaster ZDF, describing a phone call he had with US Secretary of State Hillary Clinton. “Our allies know how strongly Germany is engaged.”

The US administration had pressured Germany to contribute more troops and back its surge of an additional 30,000 soldiers.

But Westerwelle also told ZDF there was no purely military solution for Afghanistan.

“We must employ a change in strategy,” he said. “We must create more prospects and focus on the reconciliation and reintegration of Afghanistan.”

German troops currently form the third-largest contingent in the 110,000-strong international force behind the United States and Britain, with the upper limit capped by parliament at 4,500 soldiers.

Berlin currently has around 4,300 troops in the struggling country, the bulk of them in the north.

With the addition of 350 extra reservists, who could be deployed for a limited period of time, the upper limit for Germany would rise to around 5,350 troops.

On Tuesday, Berlin stressed that it would begin this year to hand over responsibilities to the Afghan government this year, and that it wanted its soldiers to start coming home in 2011 – a target shared by US President Barack Obama.