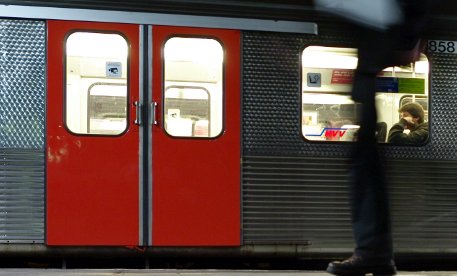 The group of 14 to 16-year-olds allegedly threatened the man with a wooden club while on the train on Saturday evening. When he had a “bad feeling” and tried to take the weapon from a 14-year-old boy, the group attacked, beating him about the head and kicking him on the ground repeatedly, police said.

The man suffered a head wound and major bruising to his face.

Police arrested the group involved in the beating shortly after they fled the scene at the next stop, but they were released after being questioned. They remain under investigation for assault.

Meanwhile over the weekend a 23-year-old in the Bavarian city of Fürth was also the victim of a beating by young U-Bahn passengers when he tried to protect other riders from their attempts to extort money.

Munich public transportation has been the site of several vicious beatings in recent years.

Last September a 50-year-old Dominik Brunner was beaten to death by two teens while trying to protect a group of children from the bullies. He was posthumously honoured for his courage with a Federal Cross of Merit awarded by German President Horst Köhler.

In January 2010, two Kosovar cousins were sentenced to prison for the July 1996 beating of a 23-year-old carpenter at an U-Bahn station after he asked them to stop smoking.