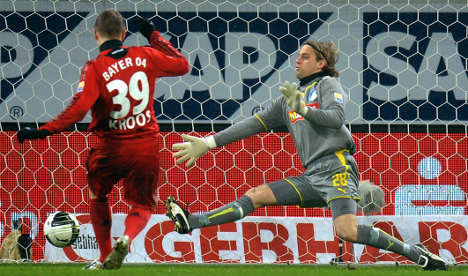 Kroos is on loan at Leverkusen from Bayern and the midfielder demonstrated what his employers are missing by creating two goals and then scoring one of his own in the second-half – his fifth in the last four league games.

The Germany Under-21 star, who only turned 20 earlier this month, showcased the class that has led Bayern chairman Karl-Heinz Rummenigge to insist he will be returning to Munich at the end of the season.

But Leverkusen boss Jupp Heynckes was unimpressed with his side’s first-half performance which saw Hoffenheim go close on several occasions.

“We were careless and negligent after we went 1-0 up,” said Heynckes, with his side still unbeaten this season. “I said at the break that we must take the initiative and in the second half we showed our class and showed why we are top of the league.”

After Bayern beat Werder Bremen 3-2 on Saturday to temporarily take over at the top of the table, Leverkusen’s win puts them back on top of the Bundesliga with a two-point advantage, while Bayern drop to second.

Leverkusen took the lead when Kroos curled in a free-kick from the flanks and defender Sami Hyypia slotted home from three-metres out past Hoffenheim goalkeeper Timo Hildebrand after 11 minutes.

Kroos then turned in a cross from Swiss striker Eren Derdiyok on 51 minutes before providing the final pass for Tranquillo Barnetta to slot home on 71 minutes and seal a win that leaves Hoffenheim ninth in the table.

Earlier, Bundesliga strugglers Cologne earned their second win in three games after inflicting a 3-2 defeat on defending champions Wolfsburg, who have now gone seven league games without a win.

With striker Lukas Podolski out with a back injury, Cologne showed they can do without their Germany star and managed to hold on at the Volkswagen Arena and claim their three points.

The defeat leaves Wolfsburg coach Armin Veh under immense pressure and it remains to be seen whether he will be in charge for their next game at Hamburg on Friday.

Cologne took the lead when midfielder Kevin Pezzoni slipped his marker after seven minutes to head home, but Wolfsburg fought back when Christian Gentner levelled after only 21 minutes.

Cologne striker Sebastian Freis then managed to hold off the challenge of two defenders and the goalkeeper to slot his shot into the back of the net on 57 minutes.

The home side responded immediately through Portugal defender Ricardo Costa, but Cologne were not to be denied only their fifth win of the season, and on 74 minutes Fries drilled his shot past Wolfsburg goalkeeper Andre Lenz.

The result leaves Wolfsburg 10th and Cologne 13th, but shouts of “Veh out!” will not have been ignored by the Wolves coach, who is now in danger of losing his job.

Meanwhile an injury-time goal from Slovakia striker Stanislav Sestak robbed Schalke of the chance to go top as the Royal Blues were held 2-2 by Bochum.

The result left Schalke third in the table and Borussia Dortmund up to fourth after a 1-0 win at home to Hamburg on Saturday evening.

Having picked up only their second win of the season last weekend, bottom side Hertha Berlin were held 0-0 at home by Borussia Mönchengladbach.

New Hannover boss Mirko Slomka got off to a losing start when his side were beaten 1-0 at mid-table Mainz – their eighth game without a win – which leaves them 16th. 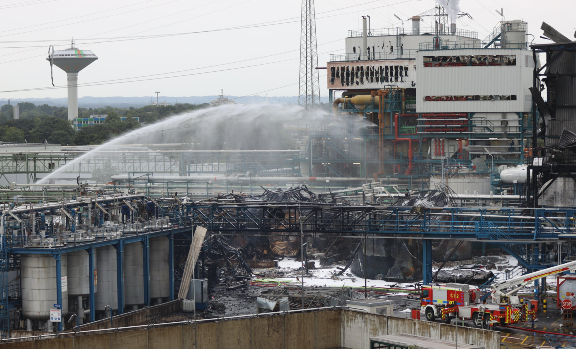