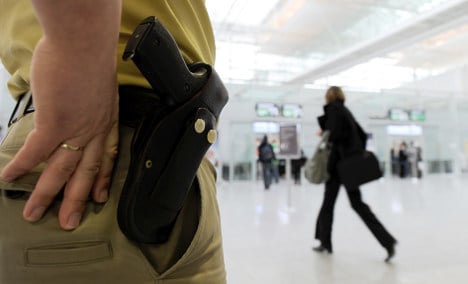 According to Bavarian official Christoph Hillenbrand, security workers should have held the passenger when they became suspicious of his laptop, and they should have notified federal police more quickly. Both mistakes went against airport security protocol.

Bavarian broadcaster Bayerischer Rundfunk reported on Friday that a female security officer was responsible for allowing the man to disappear into the crowd. In surveillance videos the middle-aged, average-looking, English-speaking man put on his jacket, packed up his computer, and simply left the security area “completely calm” instead of staying for a second round of checks.

The woman conducting tests on the computer should not have let the man from her sight, Hillenbrand told the station.

“That is clearly compulsory, it’s in the training,” he said.

After the first mistake, the woman ran after the man, but did not find him. Then security officials waited 10 minutes to alert police, though protocol dictates they should do so immediately.

The events led to a massive police operation of some 1,000 police officers, who secured and closed off parts of Terminal 2. The fourth floor of the terminal, used for flights within Germany and Europe’s passport-free Schengen Area, was evacuated and all docked planes were stopped. About 100 flights were delayed or cancelled during the alert.

The man is still at large.

For now, the woman is not allowed to perform her security duties, but there is apparently no discussion of her being suspended, Hillenbrand told Bayerischer Rundfunk.

As the debate over where to lay blame continues, officials and politicians are asking whether there is enough well-trained airport security and whether they are adequately compensated for the strain of their jobs.