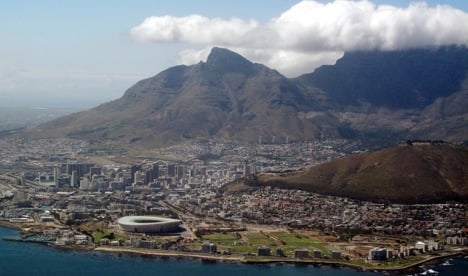 Beckenbauer, who captained Germany to World Cup success in 1974 and coached the winning side in 1990, says few German fans can afford the expensive tickets and are put off by South Africa’s reputation for crime.

Only 6,700 of the 21,000 tickets allocated for German fans have been bought by supporters here eager to see their heroes play against Ghana, Serbia and Australia in the group stages.

“Not only are there doubts by those thinking of travelling there, because of security, but the tickets are too expensive,” Beckenbauer, who is on FIFA’s executive committee, told German broadcaster Sky.

“What normal person can afford €5,000 to €6,000 for one week?” he added without specifying how he reached the figure.

While organisers are making every effort to ensure fans safety at the World Cup, the first to take place on the African continent, Beckenbauer says there are still safety issues.

“The organisers are doing everything to ensure the event has the best security,” said the former Bayern Munich defender. “They are prepared for nearly every type of attack, they can’t do more But no country in the world can now say they are 100 percent safe.”

And Beckenbauer even offered advice for fans travelling to the tournament.

“People need to be watching out everywhere they go,” said Beckenbauer. “It’s best to be over-cautious, stay in groups whenever possible.”