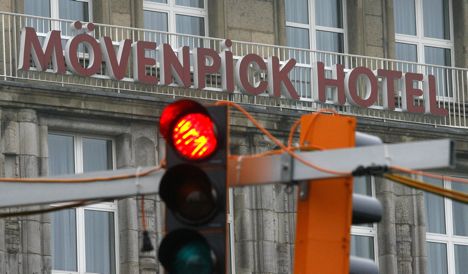 FDP General Secretary Christian Lindner warned that a ban on company donations, proposed by The Left party, would lead to state-funded political parties, destroying the vital link between politics and business.

“We don’t want that,” Lindner told news magazine Der Spiegel on Tuesday, and countered, “This shows the Left party’s roots in East Germany.”

The Left party’s call follows the controversy surrounding huge donations the FDP received from the hotel industry last year. The FDP then introduced a substantial cut in sales tax on hotel stays on entering government after last September’s election.

Der Spiegel reported this weekend that Substantia AG, owned by one of Germany’s richest men, August Baron von Finck, gave €1.1 million to the FDP in donations between October 2008 and October 2009, one of the biggest ever sums the party has ever received.

Lindner dismissed opposition calls for the donations to be returned, saying there was no reason to do so. “It’s a good thing when parties take positions that are actively and publicly supported by representatives of civil society,” he said. “But parties should not formulate plans dependent on their sponsors.”

Lindner condemned the accusation of Social Democratic Party leader Sigmar Gabriel that the FDP was bribable. “Mr. Gabriel is poisoning our political culture,” he said, and pointed out that the SPD received a donation of €151,000 from BMW in February 2009 and then extended the cash-for-clunkers car buying scheme the following month.

The FDP also received BMW donations in that month, as did government parties the Christian Democratic Union and the Christian Social Union.