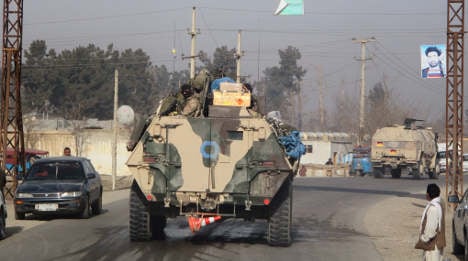 Chancellor Angela Merkel and Frank-Walter Steinmeier, head of the Social Democrats and former foreign minister, have agreed to confer closely on the matter in order to secure the broadest parliamentary support possible.

The mandate for the German army to operate in Afghanistan may be altered depending on what the politicians decide.

The SPD has spoken out in favour of withdrawing troops starting in 2011, which is when US forces are due to start leaving. Sigmar Gabriel, SPD chairman, said that until then, Germany should “train more policemen and soldiers, and do it faster than is currently being done.”

He said there was no need to send more troops – in contrast to Andreas Schockenhoff, vice chair of the Christian Social Union parliamentary party, who said, “It is entirely possible that we may need more German soldiers and police in Afghanistan in the short-term.”

But he said this would only be justifiable if it meant that Germany could withdraw sooner as a result.

The German police union said over the weekend it was no longer certain the police training mission in Afghanistan was helping.

“We are training fighters for the Taliban,” said Rainer Wendt, head of the union. “We are worried that many of the Afghan police candidates do not take up police duty after their training, but go direct to the Taliban. They pay twice as much.”

An international conference on Afghanistan will take place in London on January 28, in order to discuss future tactics and possible withdrawal of troops.

Chairman of the parliamentary foreign committee, Ruprecht Polenz, announced last week that the annual budget for development aid to Afghanistan had been increased from €125 million to €250 and that the number of police trainers would be doubled to 200.