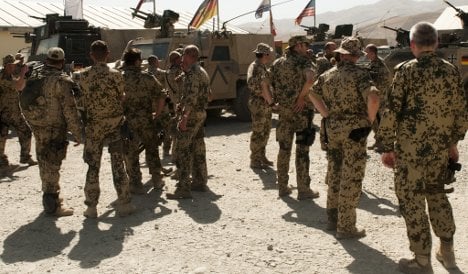 Mohammad Omar said that additional US forces would help ease the worsening security situation in the region.

“We have an enemy and know that they want to kill us,” he said in reference to the Taliban. “Our [German] friends observe this but don’t save us. So we must ask our other [American] friends to save us.”

Last week a study for German broadcaster ARD, along with US broadcaster ABC and the UK’s BBC, found that Afghans’ opinion of Germany had been damaged significantly in the last year. About 1,100 of Germany’s 4,300 troops in the country are stationed in the north as part of the NATO mission, and the Bundeswehr is generally considered to be responsible for safety in the area, but the report showed the Germans were not as well-regarded as they used to be.

However, Omar defended the Bundeswehr troops for their role in a controversial September 2009 bombardment that left some 142 dead, including many civilians. He said it had been “right” because there were insurgents involved and that the German government was not allowing the Bundeswehr to do its job.

“The parliament doesn’t want soldiers to be killed when fighting insurgents,” he said, adding that the improvements to the region were due only to US and Afghan operations, and the Bundeswehr should leave the job up to “more effective countries.”

But Bundeswehr spokesperson for Kunduz operations Jürgen Mertins said that troops there were working well with Afghan forces.

Mertins added that it was “understandable” that the governor would want more US troops. Among the 30,000 additional US troops promised by President Barack Obama, some 3,000 will reportedly be stationed in Kunduz.