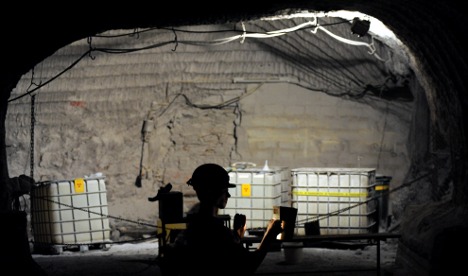 At a press conference in Berlin the Federal Office for Radiation Protection (BfS) presented the results of an exploration into three options for closing the former salt mine – waste removal, relocation within the mine, and filling the mine – saying they had chosen removal.

“This is the best option for dealing with the radioactive waste stored there,” BfS head Wolfram König said during the press conference.

The nuclear waste – which includes some 126,000 barrels including 28 kilogrammes of plutonium – has been stored there since the 1970s, but experts believe the facility it is leaking and in danger of collapsing.

In a 225-page BfS document obtained by daily Kölner Stadt-Anzeiger on Friday, officials refer to the “precarious state” of Asse’s caverns and say quickly moving the waste would be “the only secure, feasible” alternative.

König said the operation would be a “great scientific and technical challenge,” adding that the BfS plans to present a removal concept soon.

“According to the current level of knowledge and in light of long-term security, the complete removal seems to be the most favourable option for the closure of Asse – but only if the state of the barrels, the stability of the caverns and the ability to rule out further brine leaks make the removal possible,” Environment Minister Röttgen told daily Braunschweiger Zeitung in response to the new information.

Asse, located near the town of Wolfenbüttel, was taken over by the BfS from the allegedly careless former proprietor the Helmholtz Zentrum in January 2009. BfS investigation has since revealed disturbing safety breaches at the site.