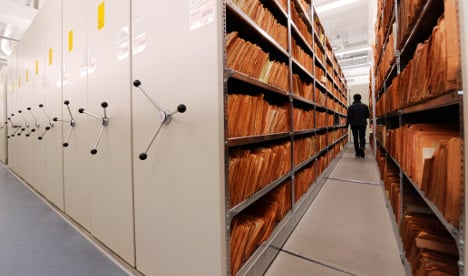 Formed after Germany’s reunification in 1990, the BtSU, commonly known as the Birthler Office after archive head Marianne Birthler, expected interest in the files to last between 10 to 15 years. But even after the country celebrated the 20th anniversary fall of the Berlin Wall on November 9, 2009 – requests continue to pour in.

“Many have apparently needed some distance and previously feared that it would hurt too much to look at the files,” Birthler said, adding that there were also an increasing number of requests coming from former West Germany.

“We still our hands very full,” she said. “Working through the past doesn’t end in a single generation.”

Now there are plans for a parliamentary commission to discuss the future of the BtSU, even as the office itself works to educate the next generation about the realities of life in communist East Germany.

Following this philosophy, the Birthler Office recently created a documentary about the Stasi meant to be shown in schools across the country, daily Der Tagesspiegel reported on Tuesday.

The film, which highlights humorous Stasi surveillance techniques such spy-camera bras, aims to disabuse students of their ignorance of the once dreaded secret police. Recent surveys have revealed some German youths now assume the organisation was a Nazi entity or something to do with mathematics, the paper said.

Ein Volk unter Verdacht, or “A People Under Suspicion,” includes first-hand witness accounts of Stasi activities, and accompanying teaching materials have also been prepared to help students contextualise the information.