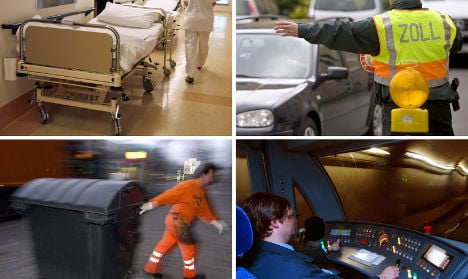 “We are looking for a solution at the negotiating table, that is not a question at all,” Verdi leader Frank Bsirske told broadcaster Deutschlandradio Kultur. “They will be difficult negotiations.”

Verdi and the German Civil Service Federation (DBB) aim to get employees a five percent wage increase within a year – which could cost some €4.5 billion in taxpayer money.

Employers have said a much smaller wage increase would be appropriate.

“The Benchmark is 1.2 percent, but under no circumstances five percent,” Böhle said.