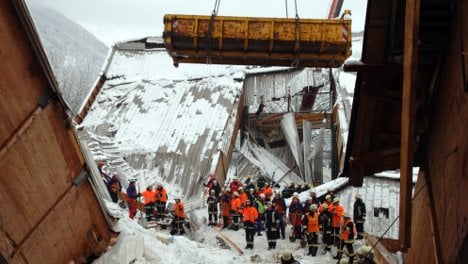 The engineer who helped build the 1970s hall in the Alpine resort town of Bad Reichenhall received an 18-month suspended sentence for manslaughter in November 2008, but the court acquitted the surveyor and an architect, sparking anger from victims’ families.

The roof caved in the day after a blizzard dumped snow on Bad Reichenhall on New Year’s Day 2006. It fell “like a house of cards”, according to one witness, onto the rink, which was packed with skating children enjoying a school holiday.

Twelve youngsters, most of them teenagers, and three women were killed while another 34 people were injured, six of them seriously, when they were hit by falling debris.

The architect’s acquittal was not challenged.