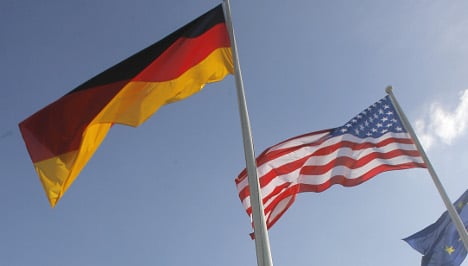 The first few days of the New Year seemed to represent different worlds in Berlin and in Washington. While the American agenda was driven by the attempted terrorist attack on a plane in Detroit, the killings of CIA officers in Afghanistan, and the blame games about how to respond being played out between the Republicans and the Democrats, Germans were preoccupied with the non-functioning smart-chips in their ATM cards and the continuing bickering amongst political parties over domestic policy priorities. This is likely shades of things to come in 2010.

In both Germany and the United States, the year is going to be marked by an increasingly strident struggle over the political agenda, within both the domestic arena as well as across the Atlantic. Forging a consensus in this climate is going to be very difficult in both cases.

In the US, the themes for the mid-term election in November have been clarified during the past week. The continuing fragility of the economy – especially with unemployment over 10 percent – will dominate on one side of the battle. Whether the expected passage of a new health care bill will yield evidence of improvement in time for the early November elections is questionable.

The other dominant side will be over the responses to dealing with the threat of terrorism. The upcoming trials of terrorists in New York just blocks from the pit where the twin towers stood will offer grist to critics who see the Obama administration as “soft” on terror. The status of Afghanistan, Iraq, and Iranian threats of achieving nuclear “break-out” capacity will also shape the political fronts which are already hardening.

In Germany, the political battle lines are visible within the governing coalition as well as between government and opposition. The traditional conferences of both the Free Democrats and the Christian Social Union this past week both delivered evidence of tensions across an array of issues, domestic as well as foreign policy. The arguments reflect efforts to strengthen the respective branding of these two smaller governing coalition partners among their constituencies. During a time where voters are becoming increasingly disenchanted with political parties, those efforts may be needed but they also make consensus-building that much more difficult.

Just as foreign policy issues played little role in the September elections in Germany, the 2010 agenda will be primarily domestic. Chancellor Merkel must make a decision about the continuation of Germany’s presence in Afghanistan following the upcoming conference in London at the end of January. That decision, whatever it will be, offers a battleground for the Social Democrats as they seek to reverse their losses from last year. But there are also voices on the right who are concluding that the effort in Afghanistan has reached its limits, as far as Germany is concerned.

As Obama has begun to significantly increase the US presence in Afghanistan, the German debate will be a factor in the coming months between Berlin and Washington. But beyond that issue, the German foreign policy agenda will be economic in focus as Germany looks to secure an international climate for its export-driven economy to best succeed. That arena will be no less contentious at a time when tensions both within Europe and across the globe will remain driven by the uncertainties ahead. Those tensions are already visible in the eurozone in the economies of Greece, Spain, and Ireland, not to speak of Italy. The fragile economies in Eastern Europe also generate questions about both economic and political stability in the region.

At stake this year will be whether the strong pull of domestic preoccupation on both sides of the Atlantic will undermine the need for asserting a common response to both national and global challenges. We saw such an opportunity to shape such a response fail in Copenhagen last month. Much of that had to do with domestic politics, be it in Europe, in the US, China, or in other emerging economies. But forging a consensus on this issue, as urgent as it may be, remains hostage to these conflicts.

Another platform this year will be the rollout of a new NATO strategy. That struggle to forge a consensus within the most successful alliance in history will also be driven by the respective debates in 28 member countries. Even two decades after German unification the consensus on the need for and use of the alliance remains incomplete.

Within Europe, now in a Lisbon Treaty framework, the construction of common policy efforts is supposed to be enhanced. Germany’s role will continue to be a central one in determining that prospect, particularly in defining and implementing a common defence and security platform on which action can be taken. Apart from Afghanistan, one pressing opportunity would be in dealing with Iran’s race to go nuclear, but there will be many others forthcoming.

Throughout all these challenges lies an overarching one: securing the domestic support to meet them. If an agreement on them cannot be developed at home, it makes it that much more difficult to build one with other partners. One glaring example of a lack of support was watching a few members of Congress wandering around the Copenhagen Climate Summit telling anyone who would listen that President Obama has no authority to make promises for the US government on climate change policy. This also happened with responses to the economic crisis. Add in the actions of political leaders pandering to protect their own political futures, and the result can lead to gridlock.

Amidst this climate we see on the one hand how interdependent we have become on decisions taken by an increasing number of important players on the global stage. And yet we can also see the disconnect so often among the respective national debates going on around these decisions. It is because we are so interdependent that we need to listen not only to ourselves but also to the many other important debates going on particularly in those countries which are defined as partners.

As we started out the New Year, Germans and Americans were in some cases talking about some common concerns while also preoccupied with their own local worries. And yet it is because those concerns and worries are increasingly interconnected that we need to continuously remind each other why the choices and decisions we make should and do matter. In this difficult year ahead, listening will be a more important part of communicating, as difficult as that can sometimes be.