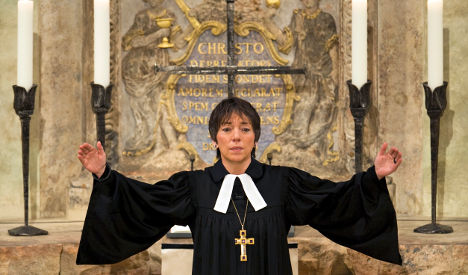 Guttenberg offered the invitation to Margot Käßmann on Monday during a meeting between the two, but she has not yet accepted, a ministry spokesperson said.

The head of the Protestant Church Council has been the subject of intense criticism by politicians and the DBwV German Military Association after condemning the country’s military operation in Afghanistan as immoral in late December.

“Even by the loosest possible standards of the Protestant church, this war is unjustifiable. That is why there needs to be an end to the violent conflict as soon as possible,” she told the Hannoversche Allgemeine Zeitung at the time.

She called it “infuriating” that “military methods had once again taken priority” before other methods. “The population will only accept a peaceful new beginning if peaceful methods are used,” she said. Käßmann also called for peace talks with the Taliban.

The bishop defended the use of chaplains in the military as support for soldiers. “They are not blessing the war, but providing spiritual companionship for human beings,” she said.

As the head of the church umbrella organisation the EKD, Käßmann represents 22 branches of Protestantism in Germany.

Her appeal came as Germany’s parliament prepares to consider sending another 2,000 troops to Afghanistan, adding to the 4,400 already on the ground. A decision is expected late January.