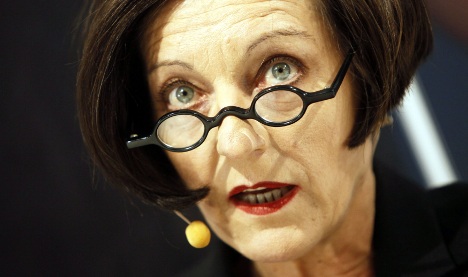 Müller, 56, came to the attention of the Securitate after author and publicist Franz Thomas Schleich said her first book, published in English as “Nadirs,” showed “anti-state trends,” the channel said.

Thereafter, Schleich, under the codename “Voicu,” spied on Müller in the 1980s on behalf of the secret police, ARD said, citing witnesses from the time as well as documents from police archives.

In the ARD programme, Schleich, who fled to Germany in the early 1980s claiming he was a victim of Nicolae Ceausescu’s communist regime, refused to respond to the accusations.

For her part, Müller confirmed that Schleich and “Voicu” were the same person and she called for an investigation into Securitate informers now living in Germany.

After winning the Nobel prize, Müller said she was still haunted by the dictatorship she grew up in and that has inspired her work.

“I feel free now but these things have not been erased,” she told reporters in Berlin, where she now lives. “I know what it is to be afraid every morning that by the evening you won’t exist any more.”