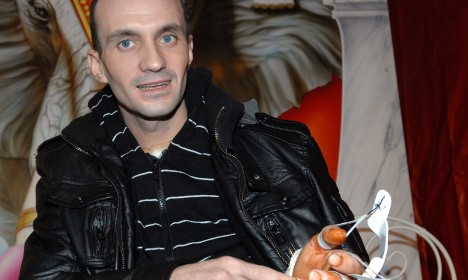 Christian Walliser was released from the hospital on Saturday and appeared at the Circus Barelli in Augsburg on Sunday evening wearing an complicated splint for his hand. The audience gave the 28-year-old a standing ovation, the paper said.

Just before the “Pagels Dinner Zirkus” began at Hamburg’s Hagenbeck Zoo on December 8, Walliser stumbled and fell in front of five Bengal tigers. As some 200 spectators looked on, three of the animals attacked.

Other trainers were able to lure the tigers away from Walliser within 30 seconds by following their plan for such emergencies, but he was left with severe head, chest and hand injuries.

But after being cleared by doctors, Walliser plans to perform again on March 6 with the Circus Crocofant – an engagement he had planned before the accident.

“The doctors said with 100 percent certainty that it will be no problem,” Walliser told the paper. “The tigers are not at fault. They behaved instinctively after I fell.”

In a nod to the famous adage, “The show must go on,” Walliser told daily Bild am Sonntag that he could hardly wait to be travelling with the circus again, adding that he had not considered giving up his profession despite the accident.

A similar accident occurred six years ago in Las Vegas when famous tiger trainer Roy Horn of the “Siegfried and Roy” duo was severely injured in an attack on-stage.