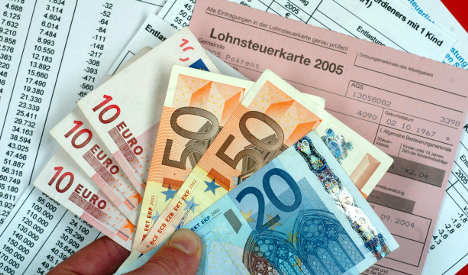 The Finance Ministry is weighing up the possibility of deciding on the reform this year, but waiting until 2011 to implement it, to give the economy more time to recover from the global crisis.

Reiner Haseloff, economy minister for Saxony-Anhalt, and member of the ruling Christian Democratic Union said this would be a good idea.

He told website news-de, “It would make no sense to burden the public purse to such a degree that no further investment was possible. The tax reform should only be introduced when tax revenues begin to increase again, not already in 2010 or 2011.”

Birgit Homburger, head of the FDP’s parliamentary group told Sunday’s Frankfurter Allgemeine Sonntagszeitung, “The FDP demands a reduction in tax of an annual sum of €24 billion. With that we are holding exactly to the coalition contract. “

But the CDU is more open to the idea of delay. Wolfgang Böhmer, the party’s state premier of Saxony-Anhalt sounded sceptical of anything being possible this years.

He said, “An annual tax reduction of €24 billion is something I fundamentally consider feasible. But it certainly cannot come now under current conditions.” He said the coalition contract did not specify how much the tax reduction would amount to.

The subject is expected to be discussed at the current crisis meeting of the governing coalition.