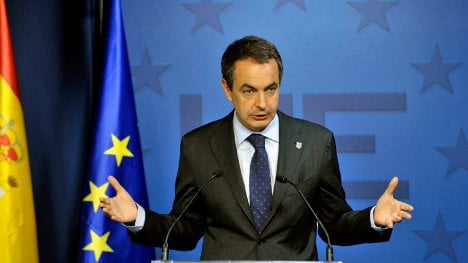 “There are definitely some core ideas there that are not wrong,” said Michael Offer, German Finance Ministry spokesman, adding it was “good that Spain is bringing new proposals into the discussion.”

“It contains issues that are important to us: how to drive growth so that we can create jobs and tax income, and the exit strategy (of stimulus measures) that we want to put into place from 2011,” Offer told a regular government briefing in Berlin.

“But this doesn’t mean that we are at some point going to implement every single measure as it stands. Instead they constitute an opening shot that will now be taken up in the relevant bodies.”

The proposals by Spain, which assumed the six-month rotating EU presidency on January 1, include the promise of rewards for members who meet binding targets and the threat of sanctions for those that don’t.

But Spain risks irking Britain and other countries with more liberal economies, which fear a loss of sovereignty on economic issues. Germany is also a fierce defender of the independence of the European Central Bank.

Spanish Prime Minister Jose Luis Rodriguez Zapatero intends to launch the initiative at the next EU summit on February 11 in Brussels.

German Chancellor Angela Merkel meanwhile was due to hold a working dinner next Wednesday with Belgium’s Herman van Rompuy, the EU’s first permanent president, her spokesman said, in his first official visit to Berlin.