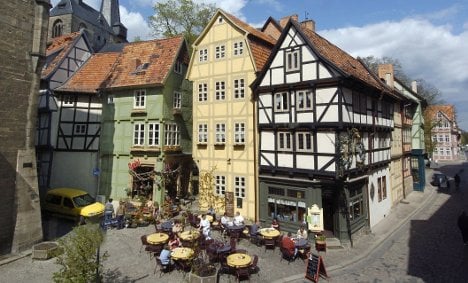 Quedlinburg was among the magazine's favourite German cities. Photo: DPA

The land of beer and bratwurst came in behind five-time first place winner France, followed by Australia and Switzerland, based on categories such as cost of living, culture and leisure, economy, environment, health, infrastructure, safety and climate.

Many ex-military Americans enjoy retiring in Germany because it isn’t overrun with youth culture, according to the rankings.

“Techno-throb Berlin and numerous summer rock festivals refute that, but this is the land of Goethe and Beethoven. Theatre, art, and classical music concerts aren’t considered elitist,” the report said.

“In Germany, everything works and works well,” it said.

Sports and nature lovers also find themselves at home at Teutonic national parks and hiking trails, which even include a specialist trail for nudists, the magazine continued.

Christmas markets and fairy tale towns add a bit of whimsical appeal for romantics, and affordable real estate – even in posh spa towns like Baden Baden – make Germany among what the magazine called a “great” standard of living.