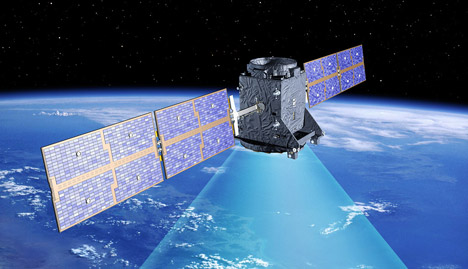 The decision to pick the Bremen-based firm was a blow to European aerospace giant EADS, which led its own Galileo bidding group including Thales Alenia Space.

“With this and the upcoming awards for the remaining procurement packages, we are concluding a critical phase of the Galileo programme,” said Antonio Tajani, the EU’s transport commissioner. “We can now focus on the actual roll-out and demonstrate to European citizens that Europe’s own satellite navigation system is firmly underway.”

The satellite network is meant to challenge the dominance of the US-built Global Positioning System (GPS) which is widely used in navigation devices. The EU aims to have the network up in space by 2013.

The EU has struggled to secure financing for the project, originally put at €3.4 billion ($5.4 billion), and has had to tap unused funds from the bloc’s massive agricultural budget. The economic crisis has also cut the planned number of satellites from 26 to 22.

The project has been divided into six sections and on Thursday Brussels announced the winners of three contracts – satellite construction, launchers and support systems.

OHB, much smaller than rival Astrium, battled hard to secure the satellite contract and the two will do battle at a later stage for the remaining satellites.

According to the bidding rules, contracts for the satellites could run no higher than €680 million for all 14 of them.

Since the launch of the bidding process, EADS has taken over Surrey Satellite Technology so it will not be completely be left out in the cold.

Last year, the European Court of Auditors criticised the Galileo project as ill-prepared and badly managed.

The project was the first close collaboration between the European Space Agency (ESA) and the commission on such a large space programme.

It was also the first industrial project to be managed at European level and the first time the commission was to participate in a public-private partnership scheme.