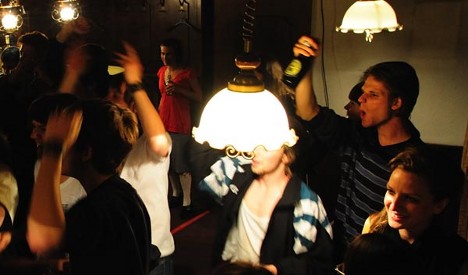 Vendôme – a gourmet paradise on your doorstep

Did you know that one of the best restaurants in the world is right here on our doorstep in NRW? Vendôme, at the beautiful Schloss Bensberg, is a three Michelin star gourmet palace, headed up by star chef Joachim Wissler. The restaurant was completely renovated in 2007 and now has a timeless elegance that matches Wissler’s modern and refined cooking. It’s almost an insult to describe the masterpieces served up in this establishment as “food”, each dish really is a work of art in itself – not only in looks but in the use of flavours and ingredients. Among Germany’s top chefs, Joachim Wissler pushes the frontiers for new (and forgotten) ingredients, techniques and, most importantly, new and unique combinations of flavours. He is at the forefront of the development of a “New German Cuisine” with dishes such as Gillardeau oyster with green apple and sauerkraut pearls, or scallops with porcini naturelle, juice of palourde clams and foie gras slices, warm octopus salad with sepia and seaweed. Or tuna belly with eucalyptus and cassis, almonds and apple/goose liver-ice cream – only a master can get away with these combinations and turn them into mouth watering taste sensations. It all comes at a price of course, your average meal can cost upwards of €150 per person, and that’s not including a wine from the excellent wine menu. However – the gourmet lunch on offer at the moment – is really quite affordable at €110 per person. It includes a champagne aperitif, a four course menu which includes marinated goose liver with dark chocolate, apple and coriander mousse and Banyuls jelly, plus Zander fillet with Weinberg snails and pine-nut sauce. Water, coffee and Petit Fours are also included – but wine is of course extra. It’s a “foodie’s” paradise – so why not treat yourself in the New Year, I can almost guarantee that you will not be disappointed.

Eating the Universe – food in art

Eat Art, (a term coined by Daniel Spoerri for art made with and involving food), has its origins in Düsseldorf. Two years after opening his restaurant at the Burgplatz, the Swiss artist founded the Eat Art Gallery in 1970 and inspired numerous artists to produce various pieces made of edible materials and food wastes. The exhibition “Eating the Universe” — a title created in the 1970’s by Peter Kubelka, former professor for Film and Cooking at the Frankfurt Städelschule, for a TV-show about cooking as an artistic genre — takes generous stock of the phenomena from today’s perspective and traces the original character of eat art from its origins to today. The exhibition demonstrates the continuing great attraction of the topic of food as a fundamental interface of art and life and its enormous relevance to the present day, especially against the backdrop of issues such as affluence and hunger, the anti-consumerism and anti-globalisation movements, modern dietetics and cooking shows, health crazes and fast food.

We love the Köln zoo – how about you?

Anyone with kids in Cologne knows the winding path to the Spielplatz well, and can tell you exactly where to find the Capybara’s. But it’s not just a place for families – zoos are for everyone with an interest in animals, and the Cologne zoo has one of the best animal attractions in Europe – the elephant park. It’s not often you get to watch an elephant herd living together as a family. Now that there’s a little baby in their midst, it’s fantastic watching how the rest of the elephants run after it, protect it, stop it from getting in trouble and basically dote on it the way a human family dotes on it’s youngest members. The newest up and coming attraction at the zoo will be the Hippodom – due to open in 2010. At present the hippos bask in the old elephant house, a Victorian style pavilion that’s delightful to look at, but one would assume not so delightful to live in for a family of six hippos and their rhino next door neighbour. The new enclosure will recreate an African river landscape and accommodate the hippos, antelopes and crocodiles. You’ll be able to see the animals from above, below and right up close, and there will be both indoor and outdoor areas. If you want to contribute to the project you can make a donation at the zoo, or on the Cologne zoo website.

Bar Ludwig – Go before it’s all over

Down by the Rhine and opposite the Werkstattbühne is Bar Ludwig, currently one of the hottest (night) spots in the city. Formerly the bar and restaurant of the now condemned Hotel Beethoven, Bar Ludwig has been taken over by an outfit called Moving Locations that now runs club nights every Thursday to Saturday until the entire premises are torn down in February or March next year to make way for luxury flats. Most evenings start with a culture show and later transition to a dance/club event with well-known DJs and bands. Bar Ludwig still features the restaurant’s original 1950s décor, and the managers have installed several cinema seats from the now defunct Metropol cinema round the corner. The dance floor is situated in what used to be the hotel kitchen, still fitted out with the original tiled floors and walls. It’s very smoky, very crowded, and very cool.

Remember when buying books was about the books, and not the cafe, the bright lighting, sofa’s, the wafted smell of coffee and endless knickknacks? If you do – you might like the newly relocated English Books and Tea. The first thing that will impress you is its location in the Altstadt – probably the most beautiful part of Cologne – but a part that one only tends to visit for a quick stroll when friends come to visit. Well now there is a reason to go – and it’s a good one. Shelves and shelves of both new and second hand books, a view onto the prettiest square in Cologne, and seating by the windows where you can sip a cup of tea, browse you purchases – or just sit and chat to the amiable owner Christian Potter. It’s the perfect place to buy your Christmas books: with a wide selection of the latest releases, fiction, non-fiction and children’s books, a huge selection of second hand books, plus board games that come highly recommended. If you don’t find what you’re looking for you can place an order and expect to see it delivered within a week or two. The shop also hosts book discussion groups and games evenings – and has its own little community, which warmly welcomes new arrivals. I defy you to leave without buying something – even in its old location on Ritterstrasse – which had decidedly less charm and was tucked out of the way near Hansaring – Christian always managed to interest me in a book I couldn’t resist buying.