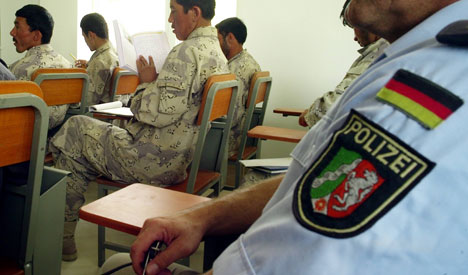 Citing high-ranking sources in Berlin, the paper said Germany will propose boosting the number of specially trained Afghan police to 110,000 officers – some 30,000 more than currently planned – at a conference in London at the end of the month.

Washington is hoping to convince Germany to deploy more soldiers to the strife-torn country, but Berlin has appeared sceptical towards increasing troop levels above the 4,400 it already has in Afghanistan. Germany also has around 100 police trainers there.

She also rejected comments made on Wednesday by Richard Holbrooke, the US special envoy to Afghanistan and Pakistan, which called into question Germany’s commitment to the military mission in Afghanistan.

“Mr. Holbrooke is the special representative to Afghanistan and Pakistan – not Germany,” Hoff said.