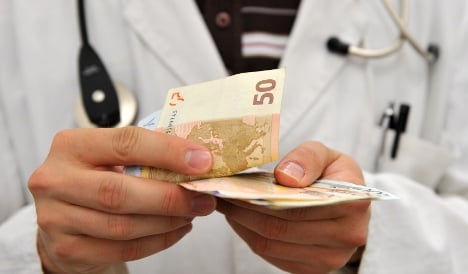 Adjusting current salaries for inflation, a report for the latest edition of Stern magazine showed half of the most common jobs in Germany were paying less than they did in 1990.

Among the hardest hit included people working in advertising, IT specialists and dental technicians, who have all seen more than a 30-percent drop in income. Doctors, still Germany´s best earners, made on average €6,400 a month in 2008, which is less than half of their income in 1990.

But salaries for realtors, administrators, bank employees and investment consultants all increased.

The report estimated that inflation has risen 47 percent since 1990, which means real wages have declined even if absolute salaries are higher than back in 1990.

Stern also noted another important development in German payroll practices: the move away from the special payments for Christmas and summer holidays often called the “13th month” of salary for employees. Instead, many German businesses are following the Anglo-American trend towards profit-sharing, which ties extra income to the firm’s success.

Germany’s never-ending quest to move into the 21st century is the punchline to a lot of jokes. For years on end, successive governments have promised to supercharge the country’s internet connections and build up online services – but digitalisation is a goal that never quite seems to be reached.

When The Local surveyed its readers about their biggest culture shocks in Germany, numerous people said they’d been dumbfounded by the country’s old-fashioned way of getting things done.

“Bureaucracy, poor digitalisation, poor online services – I was expecting Germany to be much more efficient on the online services front,” one Italian reader told us. Others said they were shocked at how inefficient things were.

But it’s arguably the speed of the internet that gets people the most riled up. This especially true since the pandemic, when people have increasingly relied on a good connection to be able to work or study from home.

In the latest move to improve digital access, the government recently passed a bill that enshrined the right to fast internet in law. But there are some serious questions about whether their definition of “fast” – a rather measly 10 Mbps – is really adequate for today’s internet users.

So, what’s the internet situation like at the moment and how is it affecting people’s lives?

Here’s what a recent survey had to say about the experience of using the internet in Germany.

How bad is the internet in Germany?

According to a recent YouGov survey carried out by Frankfurt internet hub DE-CIX, more than a third of people in Germany feel their lives are slowed down by unreliable internet.

The survey revealed that 38 percent of people experience noticeable delays in using the internet several times a week or even on a daily basis. Only eight percent of respondents said they never experience issues. 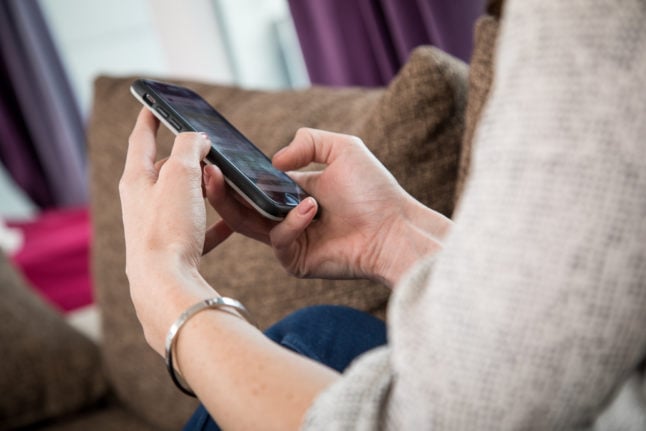 A woman uses the internet on her phone at home. Photo: picture alliance/dpa/dpa-tmn | Christin Klose

Somewhat surprisingly given the switch to remote working, respondents to the YouGov survey felt their internet had even got worse since the second year of the pandemic. In a comparable survey last year, only 33.5 percent of respondents reported problems – almost five percentage points less than the current figure.

Young adults and home office workers were the most likely to be impacted by a patchy service. But more than a third (34 percent) of over-55s nonetheless reported frequent internet connection problems.

Are there differences between rural and urban areas?

Interestingly, people in urban areas (cities with more than 100,000 inhabitants) were slightly more likely to complain about a poor internet connection than the population in rural areas (places with less than 20,000 inhabitants).

While 41 percent of people in big cities say that they experience delays in internet use daily or several times a week, just 38 percent of people in small German towns and rural areas say the same thing. In contrast, only 35 percent of residents of medium-sized towns (20,000 to 100,000 inhabitants) complain about poor network quality.

What kind of problems do people have?

Most often, respondents said they noticed problems at the end of the day when video or music streaming with services like Netflix, Spotify, YouTube are jerky and slow (35 percent).

Around a fifth (21 percent) experience speed issues when working from home, for example during video conferences, webinars or the use of cloud applications (21 percent).

The issues weren’t restricted to activities that take up a lot of bandwidth, however. In fact, 18 percent of people said they experienced delays and other interruptions when trying to carry out everyday activities like online shopping or banking online.

How does Germany’s internet compare to other countries?

Looking at the latest statistics, the perception that Germany’s internet is slower than in other places doesn’t appear to be a figment of the imagination.

According to data published by speed-testing service Ookla, internet users in Germany experienced average speeds of 51.03 Mbps while on their mobiles and 67.15 Mbps while on a fixed connection in the early months of 2022.

This is well below the global average of 113.25 Mbps on fixed broadband and 63.15 Mbps on mobile. By way of comparison, people in neighbouring Switzerland can expect speeds of 136.7 Mbps on their smartphones and 229.96 Mpbs while surfing the web at home. That’s almost three times higher than the average German household. 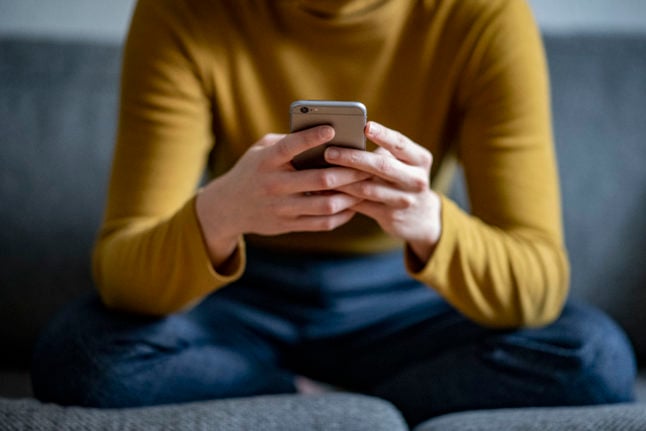 100 Mpbs is generally considered a “fast” internet speed since it allows multiple users to connect to the same network with few delays.

Why is the internet so bad in Germany?

The problems largely have to do with a lack of investment in the infrastructure that would enable faster internet speeds.

Fibre optic cables enable the most impressive speeds of up to 2.5 Gbps, followed by cable internet (up to 1,000 Mbps) and, lastly, copper wires (up to 100 Mbps). For a long time, Germany kept one foot in the past, attempting to lay more fibre-optic cables but at the same time not really disincentivising copper either. And, as usually happens, progress in laying new cables has been reliant on both the whims of state governments and the support of telecoms giants like Vodafone and Telekom.

All of this has created a situation where internet speeds vary massively in different regions of the country. For example, a 2020 study by price comparison site Verifox found huge discrepancies in the prevalence of fibre optics across each of Germany’s major and medium-sized cities. 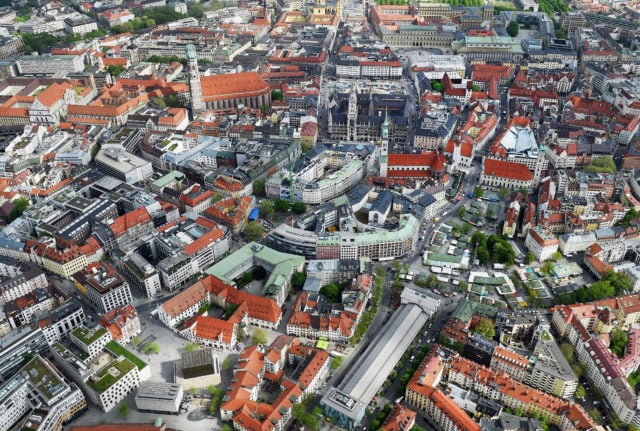 A birds-eye view of Munich city centre. Munich has some of the best fibre-optic coverage in the country. Photo: picture alliance/dpa | Felix Hörhager

According to Verifox, Cologne, Munich and Hamburg come out top with fibre-optic coverage of 80 percent, 75 percent and 72 percent respectively. On the other end of the spectrum were cities like Berlin, which, despite its reputation as a burgeoning tech hub, had just five percent fibre-optic coverage at the time.

For a large number of respondents to YouGov’s survey, busy networks were seen as the most likely culprit for their internet woes. More than 40 percent said network congestion was the reason for delays, while 32 percent cited a bad network in their area and 19 percent said that their internet provider didn’t offer enough bandwidth.

Just one in 10 respondents said their own technology – such as outdated laptops and smartphones – were to blame, and 12 percent thought the issue could lie with the streaming services themselves.

READ ALSO: EXPLAINED: How Germany is trying to tackle its slow internet problem

What can people do about it?

As a first port of call, experts advise consumers to try and resolve issues in their own networks.

In large apartment buildings, for example, Wifi routers can interfere with each other’s radio signal. One remedy to this is to connect your PC or smart TV to the internet using an Ethernet cable. Internet users should also check that their router is not transmitting on an oversubscribed channel.

Popular routers such as the Fritzbox offer an “auto channel” feature that automatically searches for and connects to a suitable radio channel. 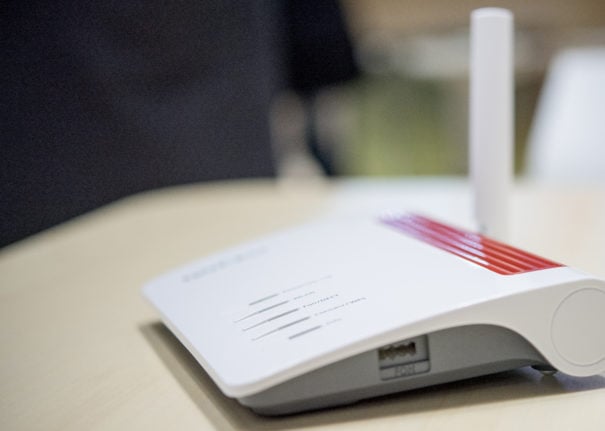 If none of this works, households could look into getting a discount on their monthly internet bill. Since December 2021, if internet speeds are permanently lower than advertised, consumers only have to pay for the speed they actually get from their providers.

With a speed test from the Federal Network Agency, you can check whether the internet connection delivers what the provider promises. But the test does unfortunately take a bit of time. In order to obtain a legally binding measurement protocol, you’ll need to take a total of 30 measurements on three different calendar days. 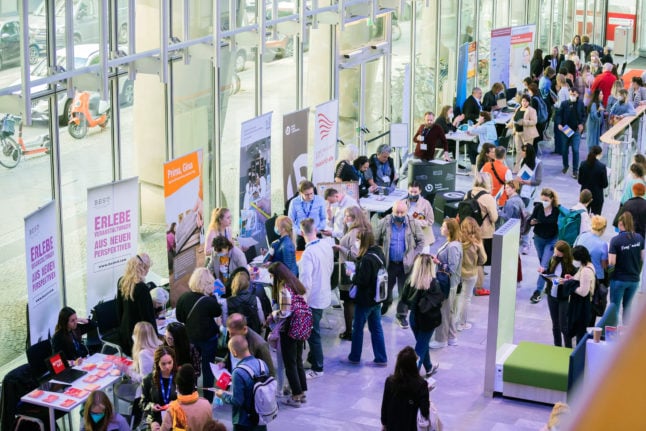