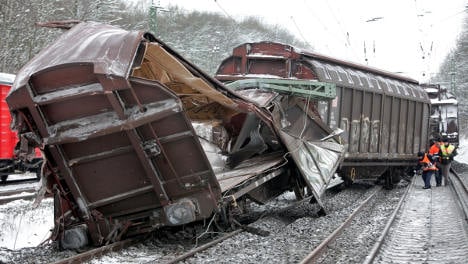 All ICE trains from the Rhineland heading to Leipzig and Berlin are being rerouted via Münster and Osnabrück and customers should expect delays, a Deutsche Bahn spokesman in Düsseldorf said.

The disruptions have been caused by the derailment of nine cars of a freight train near Neubeckum on Tuesday. Though no-one was hurt in the accident, but damaged overhead power lines, signal equipment and tracks shut the railway between Neubeckum and Hamm.

With repair work is likely to continue until early Thursday, regional rail services have been replaced by busses.

It remains unclear why the freight train derailed, but rail officials are now investigating the incident.