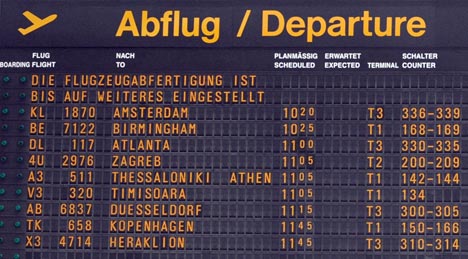 When asked if he had made such a claim by security officials he admitted that he had made a bad joke. He was then promptly arrested and thoroughly searched for explosive materials.

Though nothing suspicious was found, he and his entire family were barred from going on their flight by the airline. Besides not having their trip refunded, the joker now stands to be fined up to €1,000 for being a public nuisance.

Fortunately he admitted his mistake to the police immediately – had he insisted his underpants were explosive he could have face criminal proceedings leading up to three years in jail.