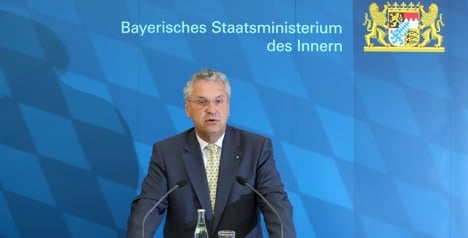 Among other points, Herrmann said the Left party leadership supported “the cooperation with violent left-wing extremists.” He added that there had been no development in the party which “offers a reason to stop observation by the constitutional protection office.”

Herrmann expressed concern over the rising wave of left-wing violence in Germany, directed primarily at police officers as representatives of the state.

“It is a shame that left-wing violence is not condemned in public life with the same force as right-wing violence,” Herrmann said. “Sometimes it is even trivialised.” He added that fighting neo-Nazi violence did not justify supporting potentially violent people.

Hans-Peter Friedrich, chairman of the CSU’s national committee in the German parliament, accused Berlin’s mayor Klaus Wowereit of not doing enough against the recent spate of car-burnings in the capital. “The city should not trivialise this politically motivated criminality,” he said in parliament. “The borders with terrorism are fluid when it comes to car-burning.”

Herrmann also repeated his call for a ban on the far-right nationalist party the NPD. The NPD “must disappear from the political map,” Herrmann said, “Any legal means for achieving this are justified.”