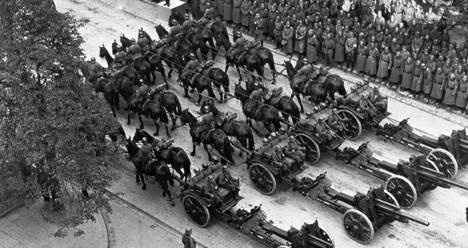 Judges decided that the case, brought by 71-year-old Winicjusz Natoniewski, should be dealt with because it hinged on a “crucial legal issue”, supreme court spokeswoman Teresa Pyzlak told news agency AFP.

“The question is whether the Polish courts have jurisdiction in a case pitting an individual against another state, and whether legal action can therefore be taken,” Pyzlak said.

Natoniewski was disfigured by severe burns he suffered during a February 1944 massacre of civilians by Nazi troops and police in his home village, Szczecyn, in southeast Poland.

In his bid for compensation from the German state he had failed to get a hearing in two, lower-level Polish courts before taking his case to the supreme court.

To date, German state compensation to Polish war victims has been paid out under a swathe of bilateral and multilateral agreements.

The supreme court will not rule on Natoniewski’s actual compensation claim, but simply whether a lower-level tribunal is empowered to hear his case at all.

“We have asked the Polish justice ministry for information on the immunity of the the German state, and on international norms and practice. Once the court has that information, it will be able to study the case,” Pyzlak said.

The court has not set a deadline for a ruling, she added.