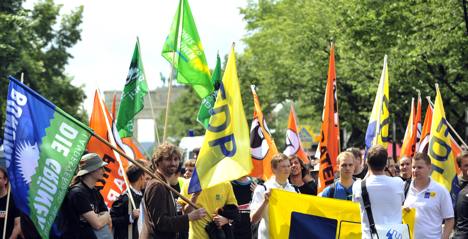 “Never before have so many people voted FDP and never before has the FDP accepted so many new members,” FDP General Secretary Christian Lindner told the Frankfurter Rundschau newspaper.

The FDP counted 71,996 members at the end of November, an all-time record, and 6,396 more than at the start of the year. “In every demographic the support for our liberal politics is growing,” Lindner said.

But Lemke had another explanation for the expansion of the Greens by 3,051 to 48,163 members. “People don’t want to accept the politics of a ruling coalition of CDU and FDP which is messing up the future and are consciously choosing a Green opposition.”