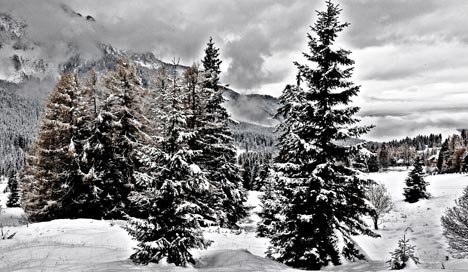 Two tourists were trapped in a first avalanche at Val Lasties, near Trentino, late on Saturday, and a second avalanche killed four members of an seven-strong rescue team.

A separate avalanche meanwhile killed the 12-year-old German boy in nearby Alto Adige as he was skiing off-piste with his brother and a friend.

Italian President Giorgio Napolitano sent his condolences and a message of support to the bereaved families. But Guido Bertolaso, head of Italy’s civil protection service, lamented the latest loss of rescuers.

“I’ve had enough of our rescue workers losing their lives because people go out on excursions without paying heed to the alerts,” he said.

Two other rescue workers caught up in the avalanche that killed their colleagues have left the hospital after being treated for minor injuries.

Heavy snowfall and a rise in temperatures in the Alto Adige region had prompted local officials to increase the avalanche alert warning to level four on a scale of five.