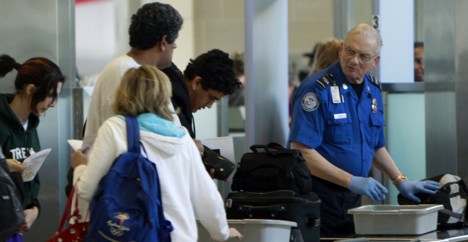 According to a police spokesman, the German airport security forces are working in close partnership with their American counterparts, the TSA. He also warned passengers travelling to the US to expect longer waiting times at security due to the extra measures.

On Christmas Day, a 23-year-old Nigerian man attempted to set off an explosion on a Delta passenger jet carrying 289 people from Amsterdam as it was about to land land in Detroit. He was overpowered by another passenger. After his arrest he declared that he had acted under orders from Al-Qaida.