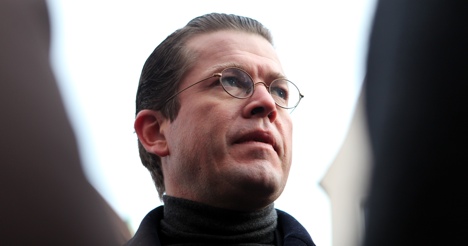 Defence Minister Karl-Theodor zu Guttenberg told the Sunday edition of the tabloid Bild newspaper that Afghanistan was simply not suited to democracy, and that any realistic government in the country had to include the Taliban.

“I have long since become convinced that because of its history and its cultural orientation Afghanistan is not suited to being a model democracy, measured by our standards,” said Guttenberg, who has come under intense pressure over his ministry’s public relations disaster following a deadly air strike in Kunduz in which up to 142 people were killed.

The minister added that in order to achieve a lasting peace in the country, including moderate Taliban in the government should not be ruled out. “In a country with so much regional diversity, we cannot exclude an entire people like the Pashtuns if we want a sustainable solution in the future,” he said.

Guttenberg admitted that this represents a u-turn in his position on the Taliban.

“We have to ask ourselves which of the insurgents represent a serious threat to the international community, and which are concerned with Afghan questions,” Guttenberg said. “The question of human rights has to be addressed here, without ignoring the cultures that have developed in Afghanistan.”

But he warned, “Negotiations and the inclusion of the Taliban should of course not be started without conditions. It would be unacceptable if universally acknowledged human rights were simply suspended.”