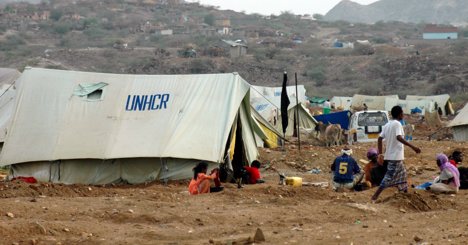 Michael Lindenbauer, the representative in Germany and Austria for the United Nations High Commissioner for Refugees (UNCHR), criticised “Germany’s regressive attitude in the further development of Europe’s asylum system.”

Speaking in an interview with news agency DDP, Lindenbauer warned, “Without Germany as a motor, it will be very difficult to achieve real improvements in Europe’s asylum system.”

Lindenbauer said improvements were essential. What was needed was “a common system with more solidarity and quality in the protection of refugees.” Refugees’ rights also needed to be strengthened, he added.

The UN official advised the German government to use its experience with Iraqi refugees in order to create a system for helping a regular contingent of refugees to settle in Germany.

Germany has introduced a two-year “breathing space” for refugees to stay in the country, but Lindenbauer said it would be better if a legal system could be found that functioned independent of deadlines.

“In order to avoid an endless chain of deadlines, there needs to be a system to assess whether a return to the country is reasonable – taking in the duration of stay, the age, the integration of the person in question, as well as conditions in the country of origin,” he said.

But the UNCHR representative was positive about the political attitude in Germany towards asylum seekers. “No country in the world is immune from xenophobia,” he said. “But in Germany a lot is being done. I see a real consensus between the political parties represented in parliament that the issue needs to be handled sensitively, whatever their varying opinions are.” This sets Germany apart from many other countries, Lindenbauer said.