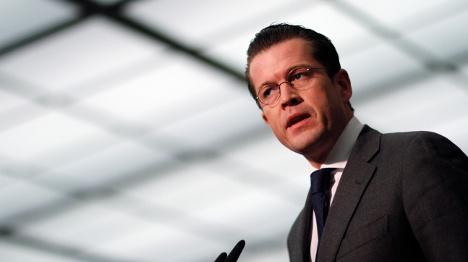 In an interview with Welt am Sonntag newspaper, Guttenberg said he supported keeping open channels of communication with moderate tribes and communities in the war-torn country, as long as it didn’t mean backing oneself into corner.

While keeping open the possibility of a troop boost after the international Afghanistan summit scheduled for January, Guttenberg stressed Germany would not be giving the United States or NATO a blank cheque.

On the matter of dialogue with the Taliban, Guttenberg said it was important to distinguish diehard global insurgents from Taliban fighters who did not pose a threat to the West.

“Not every insurgent is a direct threat to Western society,” he said. “There is a difference between groups who have the goal of fighting our culture out of a radical rejection of the West and those for example who see culture as connected to the place where you live.”

Cutting off all communication was at this stage of the conflict not a wise approach, though he stressed that “criteria had to apply” in talking to the Taliban.

Guttenberg ruled out unconditionally boosting Germany’s troop levels in Afghanistan as per the wishes of US President Barack Obama.

“I would be careful about the phrase: ‘You have to follow Obama.’ Our standard ought to be that we aim for a strategy that incorporates our own experience.”

Guttenberg fired off an attack on Social Democrats chairman Sigmar Gabriel’s announcement on Saturday that his party would not support a troop boost, describing it as “commitment ahead of strategy.”